After spending more than 25 years in Custom & Contract Manufacturing Industries during which he exercised several functions from Head of Business Development up to Executive Management, Pierre Charrier, together with other investors, took over :

Pierre Charrier graduated from ESCOM, a Chemical Engineering School in Paris. He hold also a MSc in Biochemistry from the University of Colorado and an Master of Marketing from HEC Paris. 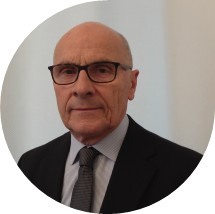 Ph.D. Chemical Engineer. Jean-Pierre is a graduate of the Ecole Nationale des Arts et Métiers de Paris. He received his Ph.D. in 1969 from the University of Paris working with Professor Etienne.

He joined DIVERCHIM in 2001 as Scientific Advisor.

During his long career in the life sciences industry, he has got a broad experience in chemistry and in other close areas as well. Within Roussel Uclaf, he started in pharmaceutical research (steroid chemistry: synthesis of new compounds and total synthesis) then he moved to the plant protection division where he has discovered and developed new potent insecticides from the pyrethroid family. Later as Head of the Chemical Process Development of Aventis Crop Science in Frankfurt he was involved in the development of various new active ingredients and in the improvement of the production of existing molecules.

He published more than 30 scientific papers and he is quoted as inventor in more than 100 patents. 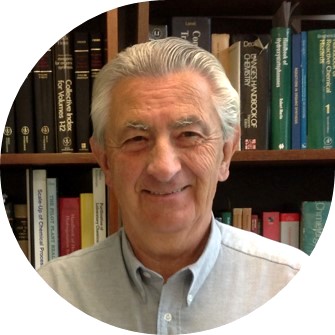 PhD  in Organic Chemistry from the University of Paris in 1968.

Since june 2016, he joined DIVERCHIM as Scientific Advisor for the pharmaceutical and cosmetic industries.

From 1963 to 1972, he was a chemist at Innothera, working in pharmaceutical R&D. From 1972 to 1988, he has been Head of Laboratory at PCAS. He then created his company Panchim, specialized in the pharmaceutical and cosmetic industries. In 2006, he sold this company to Innabata, a japanese firm. Since then, he is a consultant and he has marketed three active cosmetic ingredients. Ph.D. Chemical Engineer, Jean-Louis BRAYER is a graduate of the Ecole Nationale Supérieure de Chimie de Paris. He obtained his Ph.D. in 1982.

After obtaining his PhD with Sir Derek BARTON (Nobel Prize) and Pierre POTIER at Gif sur Yvette, he successively joined Roussel UCLAF in 1982 with the position of group leader and Glaxo Wellcome with the position of Head of Medicinal Chemistry. He is the author of many publications in the domain of natural product synthesis, new methodologies in organic synthesis, more than 25 patents in the agrochemical field and also in process and fluorine chemistry. During his career, he has developed many new original synthetic methods.

He was rewarded by the Eugène Schueller Prize in 1983 and the Mischonscniky Prizethe in 2005. In 2013, under his management, DIVERCHIM was awarded the Pierre Potier Prize.